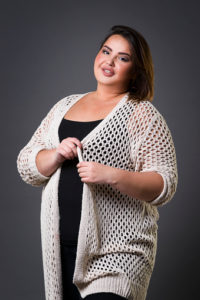 As many have already touched on in the past, many plus sized individuals have been bullied severely over the years when it comes to discussions about the dating scene. Although the mission of body positive has taken huge strives in the past few years, we are still not where we need to be in terms of body acceptance and inclusion. Because of this fact, the mainstream dating sites and apps that we see advertised on a daily basis like Tinder, Bumble, and Match are not as effective as they should be for larger people. Thankfully however, there are many active dating sites that are extremely accepting of larger individuals and host many of them on their platforms. These are the best places to do your BBW dating online!

AdultFriendFinder is a massive, world-renowned website that hosts millions upon millions of users each month. Although it has grown to be a household name in the dating/hookup scene, there are still many groups of people out there who have never heard of it before. This is likely due to the fact that AdultFriendFinder chooses to advertise themselves online mostly; you won’t see ads for AFF on TV or in your favorite apps. They are a little bit more ‘raunchy’ and sexually explicit than something like Tinder and for that reason, they cannot advertise themselves on far too many platforms to grow their name.

Now, let’s get to the BBW dating part. As you may quickly notice, AdultFriendFinder doesn’t explicitly mention anything about their dating site being for heavier people and the pictures of users on there are oftentimes of slimmer individuals. However, be aware of the fact that AFF is a platform for ALL users to feel welcomed; not just plus sized people. Once you sign up, you will be greeted with many different filtering options that will allow to find the right partner for you. We’ve even reviewed their services in the past, which you can find by clicking on this link. 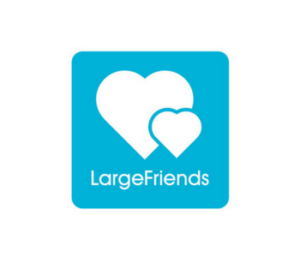 LargeFriends is a platform that you most likely haven’t heard about until now. It is a website that is geared exclusively for plus sized individuals to date on. There aren’t any rules about how heavy or light you have to be in order to use this dating site, but the general rule of thumb is that people who are quite significantly heavier are preferred on here. LargeFriends is amazing because of how interesting many of its users are. It almost feels like a place for former high school outcasts who have all grown up to be cooler than the cool kids, and are now all mingling exclusively where the cool kids are no longer allowed. It has a plethora of features which we can’t go into right now as we have other websites to get to, but just know that you won’t be running out of potential lovers any time soon on here.

The only real downside of using LargeFriends is that at the time of this writing, their dating app is only on the Google Play Store. This is not an app you can install on the iOS store yet, but any user is free to register and use LargeFriends on their web browser, regardless of whether it is running on Mac OS, Windows, Linux, or anything else out there. 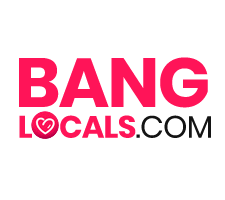 Now, I know. The name might be off-putting to some (and arousing to others), but BangLocals is very much a legitimate dating site, and great for heavier people to meet. As the name might suggest, this platform is almost exclusively for locals to meet on; there aren’t any features that enable you to meet others halfway across the world in the same way that Tinder passport does. This is probably done so that their users can get to the dating part right away and skip out on all the meaningless conversation that happens far too often between individuals who are more than 100 miles away from each other.

Even though we said we wouldn’t mention any of the popular, mainstream dating sites, eHarmony gets a pass on this one. It is one of the few reasonably good dating sites that larger, BBW individuals can safely use in a fun way. Don’t get me wrong; it’s still not as good as AdultFriendFinder by any stretch of the imagination, but it deserves enough respect to be mentioned on the list. eHarmony deserves some praise simply due to the fact that it is a highly populated dating platform with plenty of heavier individuals on it who hold each other down. It may have an even higher population of heavy people on it than AdultFriendFinder (although AFF surely has a higher percentage of its total user base that leans on the heavier side).

It is quite likely that many people reading this have already tried eHarmony. It is not a bad service at all, but it’s hard to say that it’s as good or better than any of the sites above it if we’re talking strictly about plus sized dating websites. If you’ve tried the others and somehow haven’t been able to achieve success, then I would recommend taking a look at eHarmony as another option on the list. 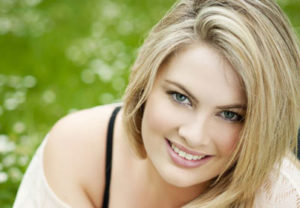 Chubbybunnie promises to showcase plenty of big beautiful women looking to meet someone new. This dating site has every kind of thick, curvy woman you can imagine. If you’re interested in meeting plus-size men, the app is also a dating site that allows you to explore that.

What many people don’t know is that Chubbybunnie is actually owned by the founders of LargeFriends, however it is a significantly smaller platform that offers far less than its older brother. Still, it remains a viable option for those that have tried other dating sites and have failed.

Many non-BBW people might see an article such as this one and ask this very question. If you don’t ‘fit’ into the category of being plus sized (no pun intended), then you simply can’t understand what many have to go through in their daily lives. Dating as a bigger person is oftentimes EXTREMELY challenging and for that reason, a dating app for the masses such as Tinder simply won’t cut it. People like to be around those that are similar to them in more ways than one; this includes (but is not limited to) physical appearance, religion, cultural background, geographical region where one was raised, and far, far more.

If a plus sized person tries to use a regular dating site that aims to serve everyone, they might find success. Still, that success will be much more difficult to find on Bumble or Match.com than it would be on AdultFriendFinder. This is precisely why we strongly recommend that larger individuals look for dating sites that cater to them right away rather than wasting time with giant, profit-first companies like the ones behind many of the popular dating sites you hear about on a daily basis.

Someone who has lived most of their life as a plus sized person will tell you first hand that dating as a big person is almost never fun, especially growing up as a child or teenager. Because of the unhealthy beauty standards that have been set and pushed for dozens of years before the creation of the internet, larger people are still viewed in a negative light in many parts of the world, including certain areas of the United States, Canada, UK, and Australia. This has not only made dating more difficult for the average person who fits into this category of being heavy, but it has also contributed to the destruction of the mental health of tens of millions of people worldwide.

Dating ‘IRL’ or through a mainstream app is tough as a curvier or thicker person. Not to say that it’s impossible, because it definitely isn’t. It’s just a hell of a lot easier and faster when you’re on a platform that only accepts you for you who are, but also embraces your natural beauty and even encourages it.

How Do Dating Sites Protect Plus Sized Singles From Bullies?

Cyberbullies can attack people for how they look, who they love, or who they are, and such cowardly acts can be incredibly demeaning and damaging to a person’s self-esteem. Thankfully, social networks and online dating platforms have begun to push back against online harassment and hate speech, ridding the user base of bullies to make sure members feel safe.

Pretty much all dating sites and apps will have some sort of reporting tool, and plus sized people can press a button to block all communication with an undesirable match and call out any inappropriate behavior. Once a profile is reported, it is usually removed from the membership base and reviewed by the moderators.

Benefits of Dating a Plus Size Woman

There can certainly be many advantages and benefits to dating a plus size woman. Some men may have had some success at plus size dating, while other men are cruising the BBW dating sites hoping to find the right one. Larger sized women may love to cook or to eat, so a man won’t have to worry he’ll be stuck eating salads for the rest of his life. Plus size women also like to put more effort into their appearance as they know they can’t focus on a tiny waist. You can expect her to wear lots of makeup and wear bright colorful clothes. We could say she won’t get as much attention from other men, but that’s obviously not true!

Bottom Line: BBW/Plus Sized People Have a Right To Love

Heavier people have just as much right to love as people who are not heavy. This is not something that should need to be stated as often as it does, but we are still not where we need to be in regards to acceptance of curvier individuals. Until that day comes, we will continue to preach equality for all. The best BBW dating sites which we’ve mentioned here in this article are places where people who fit into this category can feel safe and confident that they will find someone who loves them just the way they are; with curves and all to come along with it.